Getting Started with Machine Learning for Compressors

Getting Started with Machine Learning for Compressors If you work with natural gas, chemicals, or other industrial processes, it’s likely you deal with compressor systems. These systems tend to be complex, fit-for-purpose, and expensive. However, due to their role in maintaining phase states, compressor malfunction or downtime can affect many parts of an operation. Downtime – whether planned for scheduled maintenance, equipment movement, upgrades, and so forth, or unplanned due to failures or disruptions – it is often a significant cost and source of revenue loss for operations requiring compression.

As industrial companies start to look at machine learning (ML) and artificial intelligence ( AI) applications for critical equipment, compressors are often a natural place to start. In this article, I’ll walk you through how to get started.

What can machine learning do for your compressors?

Machine learning refers to computer programs that are trained to identify relationships, patterns, and classifications based on data sets, rather than specific underlying knowledge of how a system works. By contrast, a compressor simulation program might use formulae based on gas mix and thermodynamic conditions to estimate compressor performance.

A machine learning program would instead be trained on data specific to a system, in order to understand how input conditions, e.g. pressure and temperature, relate to compressor performance measurements in a specific system. Often by combining a machine learning approach with parameters from traditional simulations, a better understanding of the overall system is possible. However, machine learning programs don’t necessarily need to know why a system should operate in a certain way. They simply analyze what has actually happened in the past to better understand what’s happening now or what may happen in the future.

For compressor reliability and maintenance, you are often most interested in understanding whether specific patterns in operating data, such as pressure, temperature, flow, and vibration, are indicative of undesired operation modes, especially critical failures. Ideally, you’d like to know about specific failure modes, such as valve failure, lubrication system failure, dry gas seal failure, corrosion, and so forth. Moreover, wherein the compression system such failures may occur.

One challenge you face, however, is that industrial compressors are highly engineered systems that rarely fail. A historical data set for a compression system is unlikely to show multiple episodes of failure. Especially across the universe of potential failure modes. Thus standard approaches focused on predicting future incidents based on past patterns aren’t often applicable to compressors due to your lack of historical examples to learn from.

Another way you can get started

Modern industrial monitoring systems allow operators real-time evaluation and alarming of critical parameters. More advanced systems may allow increasingly sophisticated monitoring options, for example, presenting derived values such as efficiency or identifying temporal trends in operational data. However, such monitoring typically relies on hard-coded alerting thresholds and may still require significant expertise and analysis time in relating alerts to real problems needing action. Adding a well designed machine learning layer to this workflow can further increase sophistication and decrease the time needed to identify mission-critical events when or even before they occur.

Such a layer may contain one or both of the following approaches based on learnings from historical observations combined with an operator’s expert domain knowledge:

Compression systems are a good place to start when building on existing monitoring solutions with applications that add a more contextually aware machine learning layer to significantly streamline the work of diagnosing problems. Lack of failure data in the lifetime of a given compressor isn’t a significant barrier as well designed anomaly detection approaches already provide significant value. Furthermore, as solutions are scaled across a fleet of comparable compression systems, information can be learned across that fleet as a whole further increasing the value machine learning approaches can provide. 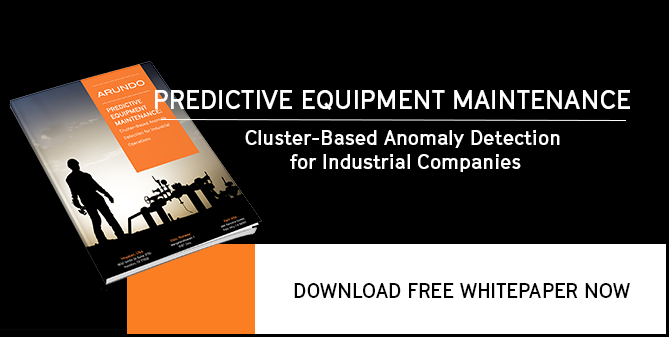 Mark Tibbetts is Lead Data Scientist for R&D in Arundo Analytics' Houston office where he has a core role in advanced analytics engagements with partner organizations and researchers. His current focus is around IIoT data analysis for industries such as oil & gas, mining, maritime and utilities. He previously worked as a postdoctoral researcher at Berkeley National Laboratory where he had a leading role in analysing data from the Large Hadron Collider facility at CERN. Mark obtained a PhD specializing in High Energy Physics from Imperial College in 2010.