Referring to their internal digital program, a customer once said: "On Artificial Intelligence (AI) we have more pilots than a major airline". This is a common pitfall companies struggle with as they move from proof of concepts (PoC) to actual value at scale from internet of things (IoT) and machine learning. Why? What can they do about it?

Why? Somewhere between Pilots and Huge Data Lake projects

In fact, we often find customers "stuck" in one of two situations:

Often there are many technical factors and arguments justifying those situations, but I would convey that it’s mostly a mindset and attitude problem. These are also supported by faulty assumptions.

Also read: Why do so Many AI programs Fail?

In case of endless PoC and pilots, the problem often lies in how we handle risk. To move forward, we need to accept that we’re going to run a portfolio of initiatives to scale, and some will inevitably fail. The major problem in large industrial companies is that there’s (rightly so, for the most part) strong adversity to failure. The culture in these organizations is about excellence and risk mitigation. Failure for some of their products simply isn’t acceptable (who would like to fly on an airplane with a minimum viable product (MVP) jet engine?).

However, for the majority of IoT / machine learning / AI applications we’re talking about "open loop" recommendations. These can bring considerable value but aren’t "life-threatening" as the human is always in the loop (vs. "closed loop" where the machine decides). If a prediction system doesn’t work, the worst that could happen is that you didn’t save any money.

In the case of endless data lake projects, the faulty assumption is often one of the following:

In principle, the idea of a data lake (or data platform or similar nomenclature) isn’t wrong. It’s the way you get there that’s often the problem. Decades of studies on large IT projects have so far proven that this strategy (first a data lake/platform, then the use cases) doesn’t pay off. Both need to go hand in hand.

What can you do about it?

The approach that we have developed at Arundo, comes from learning from these pitfalls. Many of us, myself in particular, have been through those in our past work experiences and made our good deal of mistakes and learned from those.

Here’s what we learned:

Running a digital program and implementing novel solutions successfully in the IoT and machine learning space isn’t easy. We often try to "control" our fear of failure by not committing to scaling PoC, or by blocking innovation and application development until we have all the data available in a single, standardized universally available repository.

To win in this game, we need to shift our mindset towards attaining value, have the courage to take some bets, accept inevitable cases of failures, and create a culture capable of embracing creative chaos. 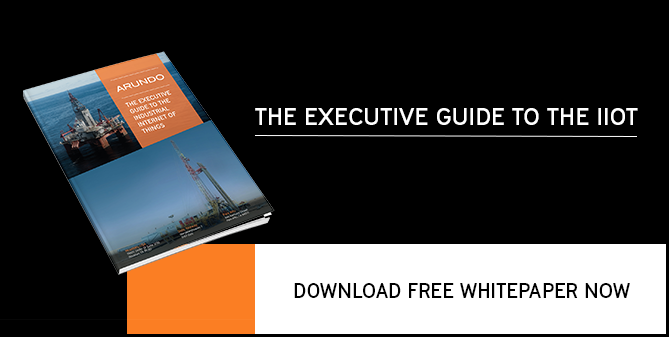 Edoardo Jacucci is General Manager EMEA at Arundo Analytics, and is based in Oslo. Edoardo has worked on building and shipping machine learning powered data products for the last six years. Before joining Arundo in 2017 he was Chief Product Officer at Bisnode, the largest marketing, risk and credit data analytics company in Europe, and VP Product for Data Analytics at Schibsted Media Group. He was formerly Associate Partner at McKinsey & Co. where he was a leader in the Big Data practice in the banking sector. Edoardo holds a PhD in Information Systems from the University of Oslo Norway and a MSc in Computer Science Engineering from the Polytechnic of Milan, Italy.