In this article, I discuss how you can identify the best use cases for the application of machine learning (ML) in industrial operations, from the perspective of technical feasibility and value generated. I recommend a strategy searching for common tasks that bottleneck multiple workflows and could be solved by machine learning in contrast to focusing on direct outputs of isolated workflows.

Identifying patterns such as those above is a critical step in solutions to higher-level tasks. For example, tasks corresponding to the three patterns above could be:

You may categorize pattern recognition problems into four types by examining two criteria:

Machine Learning or Not

While machine learning is a common approach to pattern recognition, it’s not always your best choice. For problems where patterns of interest can be hand-crafted as rules, it’s often best to implement those rules directly as an automated system. A rule-based system doesn’t rely on data to train a model and hence is more feasible when data is insufficient.

A rule could be as simple as illustrating some human-recognizable scenarios, such as setting up thresholds of sensor measurement for anomaly detection. It could also be very complicated. For example, complex relationships between variables in a physics system are often described by partial differential equations (PDE). Those relationships may not be visually recognizable to humans; sometimes even the PDE itself has a concise form. Training a machine learning model to learn patterns that humans can’t easily recognize often requires a large-scale training dataset, which makes solving the PDE directly more favorable in general.

A drawback of rule-based approaches is that rules simplify reality. For example, a physics-based model is often the first-principle description of a system assuming an ideal or average condition, without reference to messy real-world factors. The factors neglected by the governing PDEs result in the bias of the model. Adding some machine learning elements into the solution could be supplementary, but doing it correctly often requires a deep understanding of the physics system at first. On the other hand, applying a purely data-driven approach to a problem where first-principle rules are already known is generally ineffective and/or inefficient.

The sweet spot of machine learning is the set of tasks that could be done by human experts easily but can’t be automated with programmable rules, due to the variety of patterns. Two examples are:

For a computer vision example, translating how a person identifies all valves connected with a pipe in a P&ID into a set of programmable rules is extremely difficult because of all the possible sizes, orientations, resolutions, and variants of the hundreds of components in a diagram.

For a natural language processing example, it’s very challenging to set up robust rules searching for all historical occurrences of a specific type of operational event in production logs, because they may be recorded with different language styles, choices of words, abbreviations, and sometimes typos. Data science researchers have developed some powerful machine learning models – in particular, artificial neural networks – that can learn those varieties from visual and natural language data. More importantly, those models are usually transferable to some extent between similar tasks (for example from detecting rust in pipeline images to identify methane leakage in infrared videos), which significantly reduces the average cost of each task.

Finding use cases for your business

Arundo builds products that support our customers’ journey of digital transformation. It’s not uncommon for us to see industrial companies selecting the wrong – or at least not the best – use cases in their business to apply machine learning.

A common reason is that the selection is usually trapped at the direct outputs of a number of key workflows in operation. Because of the nature of heavy industries, modeling key workflows often belongs to the top-right quadrant of the pattern recognition diagram. The relationship between input and output of the workflow isn’t often recognizable to a human but can be approximated by some physics-based models.

Combining physics-based models and machine learning is often a promising approach (e.g., using data-driven techniques to optimize parameters in physics-based models). However, there is no guarantee that such an approach will necessarily result in better results than a pure physics-based approach in terms of providing useful inputs to a decision process. More importantly, for situations where assets don't share similar underlying physical characteristics, a hybrid physical / data-driven solution isn’t transferable across workflows.

An alternative strategy in identifying potential use cases involves searching for common tasks that currently bottleneck multiple workflows and could be solved by using machine learning. For example,

While the entire industrial world is exploring the possibilities brought by the industrial internet of things (IIoT), it’s beneficial to consider the earlier days of the information technology revolution as a point of comparison. Starting in the 1960s and 1970s, computer systems added unprecedented value to businesses as they became increasingly common. However, these systems didn’t directly tell people how to operate. Instead, they made many elements of existing operational workflows more effective and efficient. This horizontal dimension is probably a helpful direction for the development of IIoT as well. 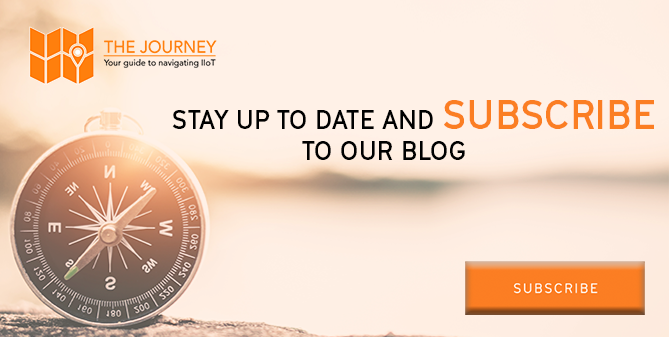